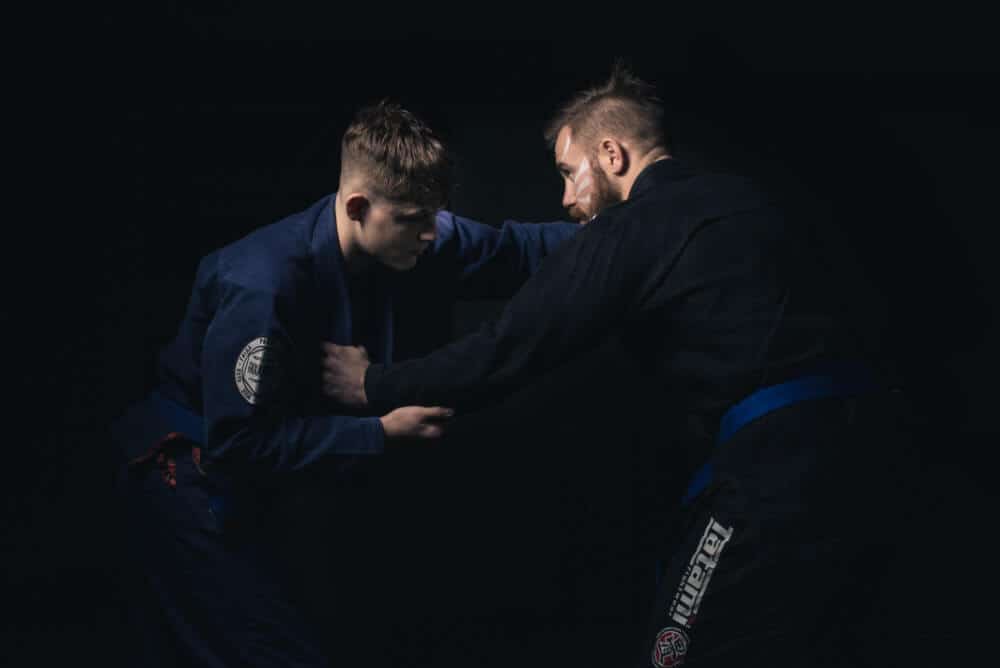 MMA – or Mixed Martial Arts, as it’s otherwise known – couldn’t be more topical right now. It’s all thanks to the proliferation of MMA and martial arts in general which appear in movies, comics and on TV (not to mention the fact most Marvel characters are pretty hot at it). You might also have heard of the US fighting organisation, the UFC or Europe’s impressive Cage Warriors, but today we’re going to focus on martial arts for kids and the benefits they receive from it.

Certainly, if you’re a kid then it’s pretty cool to be able to strike down an opponent with a swift Ninja-style karate spin kick or a Judo head hold. But more than that, practicing MMA on a regular basis is a terrific way to learn self-defence and in so doing, build confidence. And it’s why shy and retiring children in particular really benefit from MMA training.

Having said that, martial arts for kids and the self-confidence achieved through its practice isn’t just about your child feeling ‘tough enough’ to defend him or herself (although this is surely a good thing). Rather, it’s about knowing that they deserve to be fit and strong because they’ve worked for it. Every Olympian out there knows exactly what we’re talking about here i.e. progress can only be made via hard work and that means regular training and dedication. And that’s not a bad thing for a child to learn! Chances are he or she will apply it to other areas of their life, such as their school work.

And that makes us think of goal setting. Martial arts for kids encourages children to aim for ‘the next level’ and in doing so improve all the time. It gives them a target to aim for and something to work towards – another valuable skill that can translate to other areas of their life.

But of course, any child – whether active and outgoing or quiet and bookish – will benefit from exercise. And if what they’ve taken up is a form of exercise they find stimulating, fun and one that just happens to be greatly admired by their peers, then they’re going to stick at it for longer. In these days of kids constantly sitting staring at screens – whether it’s YouTube on their iPhone and laptop or Superhero movies – then anything that gets our offspring to physically move around on a regular basis can’t be bad. Certainly, childhood obesity is becoming what many health policy analysts and nutritionists are calling ‘an epidemic.’ Exercise and a better diet are the only real way to ensure that your child grows up fit and healthy. Two to three hours of MMA training a week is a great way for your child to ‘arm’ themselves for the obesity battle.

In addition to keeping trim weight-wise, other physical benefits that can be gained from practicing MMA in childhood (and adulthood, actually) are: muscle strength and toning, better balance, improved endurance, flexibility and co-ordination. Cardiovascular fitness, is of course, a given – thanks to all the jumping around and pacing involved.

No doubt about it, over time your child will learn to grapple safely with an opponent, get out of holds – both on the ground and when standing – and how to deal with an opponent using joint locks and positioning their body correctly.

As well as getting him or her active, practicing any form of martial arts also teaches your child discipline, respect for others, and self-control – even if they don’t realise they are learning these valuable people skills at the time because they’re so involved in the actual practice! And talking of ‘people skills,’ practicing martial arts is also a great way to meet others. It’s much more people-friendly than the gym, for instance, and it doesn’t have the ‘full on’ need to socialise that team sports encourage – and which can prove incredibly off-putting for shy and retiring types.

Meanwhile, the benefits of teaching ‘respect’ for others, means your child should be better behaved in society in general – especially towards their elders.

The great thing about MMA is that it incorporates all the best elements of the other martial arts disciplines out there, such as  Jiu-Jitsu, kickboxing, boxing, wrestling, Karate, Judo and Muay Thai. You’ll be impressed at just how much can be incorporated into the one form of sport.

Type of equipment your child will need for MMA class

It doesn’t cost a fortune to get your child ‘geared up’ for an MMA class. The type of thing he or she will need is gloves and shin guards. Of course, they’ll also need an appropriate outfit to wear.

Why MMA for children is safe

Those who have never watched or participated in MMA before often claim that because it’s about fighting it will encourage children to become aggressive and violent. Actually, the opposite is true. That’s because martial arts for kids teaches them self-control, discipline and respect – exactly the type of qualities that prevent them getting involved in fights in the first place. And if a fight does break out, then they will have the skills necessary to defend themselves (as well as the aerobic fitness and strength).

Get your child signed up for the benefits of MMA today

If your child is a budding Ninja or Samurai in the making then it’s time to come and chat with one of our experienced coaches – many of whom are leading martial arts instructors here in the UK. You’ll find our gyms based in Bournemouth, Southampton and Gosport. All have a friendly and relaxed atmosphere.

You can come and watch an MMA class for children and get your offspring to join in by coming along for a taster session. Feel free to ask any questions about the sport, our gym or our staff that you like. Who knows, you just might fancy having a go at one of the Adult classes yourself…certainly we’ve everything you need here at Phoenix MMA to get both your child and you started in Mixed Martial Arts.

Find out about our memberships here.